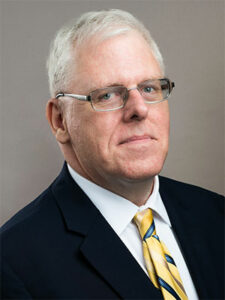 Charles joined Goetz Schenker Blee & Wiederhorn in February 2018 as an associate in the firm’s Livingston, New Jersey office. Charles focuses on assisting in the handling of many of the firm’s larger construction defect and premises liability matters in support of Partner Adam Warcholak.

Charles’ experience has led to expertise in trial work, includes winning construction trial directed verdicts and prevailing on the trial team in one of New Jersey’s only “no cause” verdicts following a approximately six-week living mesothelioma trial; experience in appellate work (civil and criminal) with numerous published reversals on behalf of indigent defendants; experience in discovery, having conducted well over a thousand depositions ranging from experts to fact witnesses to parties, as well as successful implementation of alternative dispute resolution options in arbitration and mediation.

Charles was solely responsible for the successful handling thousands of cases as the head of a premiere defense firm’s asbestos defense department. He has also conducted well over a thousand expert, party and fact witness depositions, prevailed in hundreds of motions, and filed well over seventy-five civil and criminal appellate briefs, engaging in oral advocacy in many before the Appellate Division.

At Goetz Schenker Blee & Wiederhorn, Charles has had the opportunity to put to practice his decades of dedication to civil construction defense, including as a solo practitioner as The Law Office of Charles P. Savoth III, Esq. He has defended his clients in state and Federal courts, including developers, pile driving contractors, roofers, electrical contractors, framers, masons, deck installers and others, all typically involving multimillion-dollar construction claims.

Charles’ interests include periodic international travel, music appreciation as a former drummer and guitarist and college radio disc jockey, and perennially returning to Copenhagen, the city of his mother’s early life, where she now rests, as well the city of Charles’ youth. Charles remains fluent in conversational Danish.