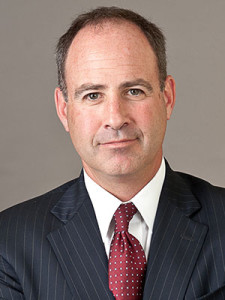 David is a founding member of the firm and the managing partner of the New Jersey office. His leadership has helped guide Goetz Schenker Blee & Wiederhorn into a very prominent position in the New Jersey insurance defense community. David works extensively with major insurance carriers including General Motors Insurance Company and American Alternative Insurance Company, and has defended a wide variety of first and third-party lawsuits and coverage disputes. David also focuses a great deal of his practice to the defense of a select group of New Jersey automobile dealers in a variety of intentional and non-intentional tort and consumer fraud cases.

David earned his undergraduate degree with honors from Union College in 1987 and his law degree from Fordham University School of Law in 1990. He was admitted to practice in New York and New Jersey in 1991, in addition to many U.S. District Courts and U.S. Courts of Appeal. An avid golfer, David resides with his family in New Jersey.