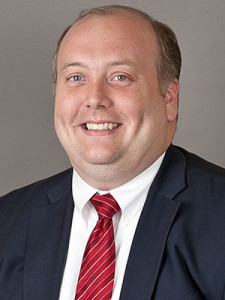 David joined Goetz Schenker Blee & Wiederhorn in 2008 and is a partner in the firm’s New Jersey office. A seasoned litigator, David focuses his practice on many of the firm’s complex commercial, construction defect, environmental contamination, transportation logistics and elevator liability matters.

Prior to private practice, David worked under the Honorable Jessica R. Mayer in the Superior Court of New Jersey in 2002. He graduated from Canisius College in Buffalo, New York in 1999, and received his law degree from Rutgers University School of Law in 2002, where he co-authored, “A Draft Model Code for Open Source Licensing.” An avid football, hockey, and rugby fan, David is a former Eagle Scout of Boy Scout Troop 184.