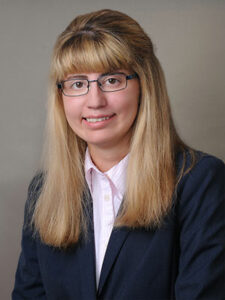 Kelsey joined Goetz Schenker Blee & Wiederhorn in 2021 and is an associate in the firm’s New York office. She is responsible for defending a variety of cases, including New York Labor Law, premises liability, personal injury, property damage, and automobile matters. She is admitted to practice in New York State and the Southern and Eastern Districts of New York.

Before joining the firm, Kelsey was a summer law clerk and associate at an established defense firm, primarily defending premises liability and automobile matters. She graduated from The Pennsylvania State University in 2015, and earned her Juris Doctor degree from New York Law School in 2019, where she was a member of the New York Law School Law Review and the Dispute Resolution Team.

Outside of the office, she enjoys spending her time with her family, going to Penn State games, and watching the Yankees.