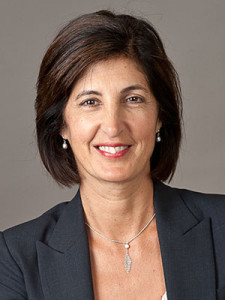 Additionally, Marisa represents municipal defendants including the City of New York, the New York Housing Authority, the City of North Port and the Town of Greenburgh in cases involving premises security, slip/trip and falls, medical malpractice, injured police officers and firefighters, police brutality, among other things. She also served as a member of the defense team that handled the World Trade Center litigation.

Marisa began her career in the Bronx Family Court where she handled criminal trials against juvenile delinquents on behalf of the City of New York and frequently appeared before Justice Judith Scheindlin, better known as “Judge Judy” of television fame. Marisa’s superior trial skills were quickly recognized and she was transferred to the Tort Division by the Corporation Counsel of the City of New York to defend the City in a variety of cases.

Marisa graduated from Fordham University with high honors in 1978 and obtained her law degree from Benjamin N. Cardozo School of Law in 1982. Marisa was admitted to practice in the State of New York in 1983, in the State of New Jersey in 1995, as well as in the U.S. District Courts for the Southern and Eastern Districts of New York.

Marisa is also very active in the legal community and has lectured attorneys for Continuing Legal Education (CLE) credits for the New York City Bar Association. She participated in a New Judge’s Seminar training course sponsored by the Judicial Institute of the Unified Court System of the State of New York. She has also acted as a moot court Judge at the Benjamin N. Cardozo School of Law and for a student trial advocacy competition sponsored by the American Association for Justice. Marisa’s talents were later tapped by the Tort Litigation Committee of the Association of the Bar of the City of New York where she helped draft significant legislation involving New York’s “Collateral Source” rule (CPLR §4545).

Marisa was recognized for excellence by “Top Attorneys” in the New York metropolitan area and was nominated as a “Super Lawyer” in the field of insurance defense. Marisa is also featured in Marquis Who’s Who and has been honored with the Executive Spotlight in the book “Top Lawyers: the Secrets to Their Success”.