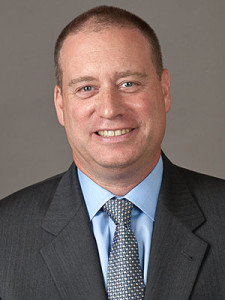 Steven J. Wiederhorn is a managing partner in the New Jersey office of Goetz Schenker Blee & Wiederhorn with over 25 years of litigation experience. He is responsible for account management of several leading insurance carriers across the United States.

Steven defends some of the firm’s more complex cases in the areas of general negligence, product liability, consumer fraud, catastrophic fires, construction defects, civil rights litigation, employment law and representation of public entities. Steven also has extensive expertise in the area of premises liability, with this work conducted on behalf of statewide commercial and residential properties and regional recreational facilities. Additionally, he has been on the leading edge of coverage and development of litigation strategies in the emerging rideshare sector.

Well-known in the industry for his negotiation skills in multi-million dollar exposure matters, Steven often focuses on cases that have been moved into alternative dispute resolution. He is also retained by some of the nation’s leading insurance carriers to act as a defense arbitrator on their behalf, while serving as both a mediator and negotiator.

Steven received his undergraduate degree from Duke University in 1989 and law degree from Washington University School of Law in St. Louis in 1992. He was admitted to practice law in New Jersey in 1992 and New York in 1997. Steven began his law career as a judicial law clerk in the New Jersey Superior Court for the Honorable Timothy J. Sullivan.

Steven resides in northern New Jersey. He and his wife Heather have a daughter in college and son in high school. An avid sports enthusiast, he divides his time by keeping up with his beloved New York Jets and Duke Blue Devils, and playing golf and tennis.